It’s a little-known fact about Canada’s monetary history, but there was a time when the Bank of Canada issued $25 bills.

It was a limited-edition commemorative banknote, issued only for a short period in 1935 to in honour of the silver jubilee of King George V, Canada’s reigning monarch at the time. The note features a portrait of the King alongside his wife, Queen Mary.

There are approximately 1,840 of these bills and they’re still legal tender, meaning you could technically take one to a store and make a purchase if you had one.

Canada’s economy is resilient, but headwinds will keep the Bank of Canada in its holding pattern

Canada’s economy slows even as business investment perks up

The U.S. Federal Reserve just saved Canadians who borrowed too much

That’s all soon to change, though, because in the last federal budget, the Liberals announced plans to remove its legal-tender status, along with that of the similarly-discontinued $1, $2, $500 and $1,000 bills.

The Harper government made a similar move in 2012, when it removed the penny from circulation. But the situation is a little more complicated with paper currency. Removing banknotes from legal tender is something that the government currently doesn’t have to power to do—that power rests solely with the Bank of Canada. The Liberals would have to seek a change in legislation through Parliament, and there’s no word on their timeline for introducing a bill.

The proposed change is mostly targeted at the 741,638 remaining $1,000 banknotes, the majority of which are commonly used in organized crime, given that larger denominations make it easier to move around large amounts of cash.

Still, the $25 bill’s days appear numbered, so in its memory we’ve compiled a list of products and services you could with it in 1935, and beyond.

It was midst of the Great Depression, and $25 then was equivalent to $466.32 in today’s dollars, according to the Bank of Canada’s inflation calculator. For recreation, it could get you five nights at a resort in the Rockies, or a licence to hunt big game in Manitoba (if you came from elsewhere in Canada).

You could also take home a 45-piece household linens set, complete with bedding, towels and napkins. 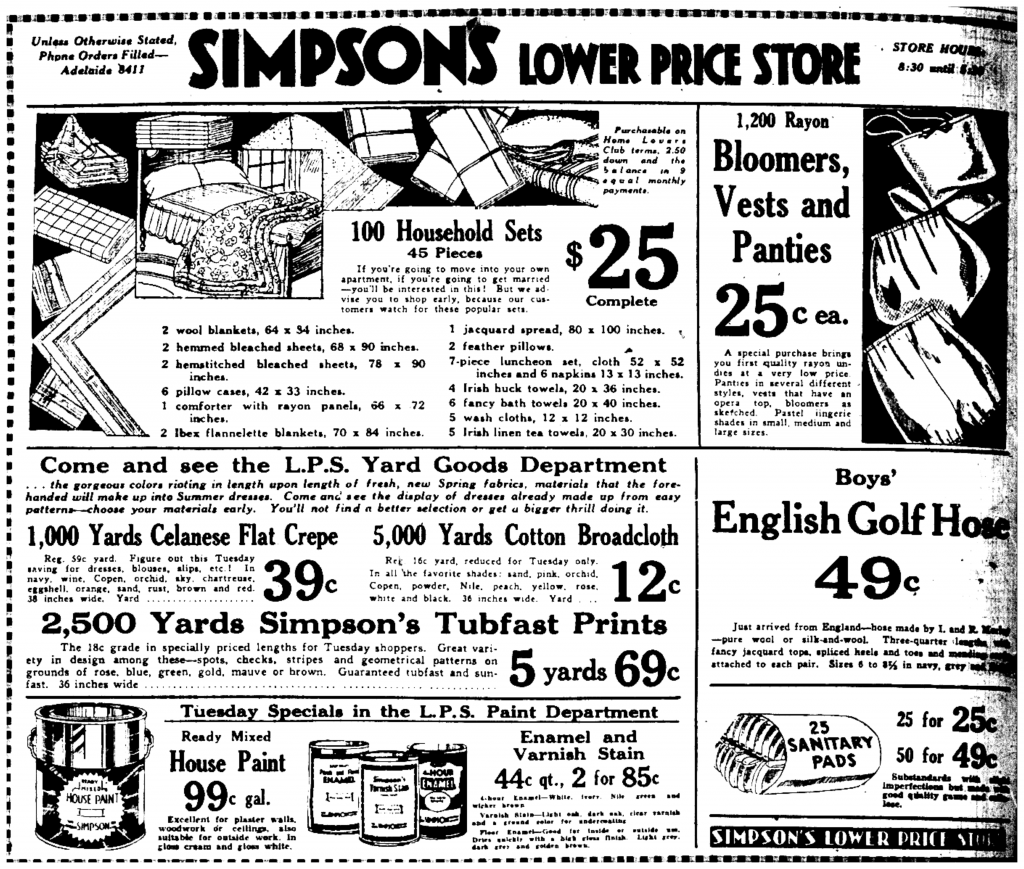 It was also the going rate for a full tailored suit for men or a topcoat for women. 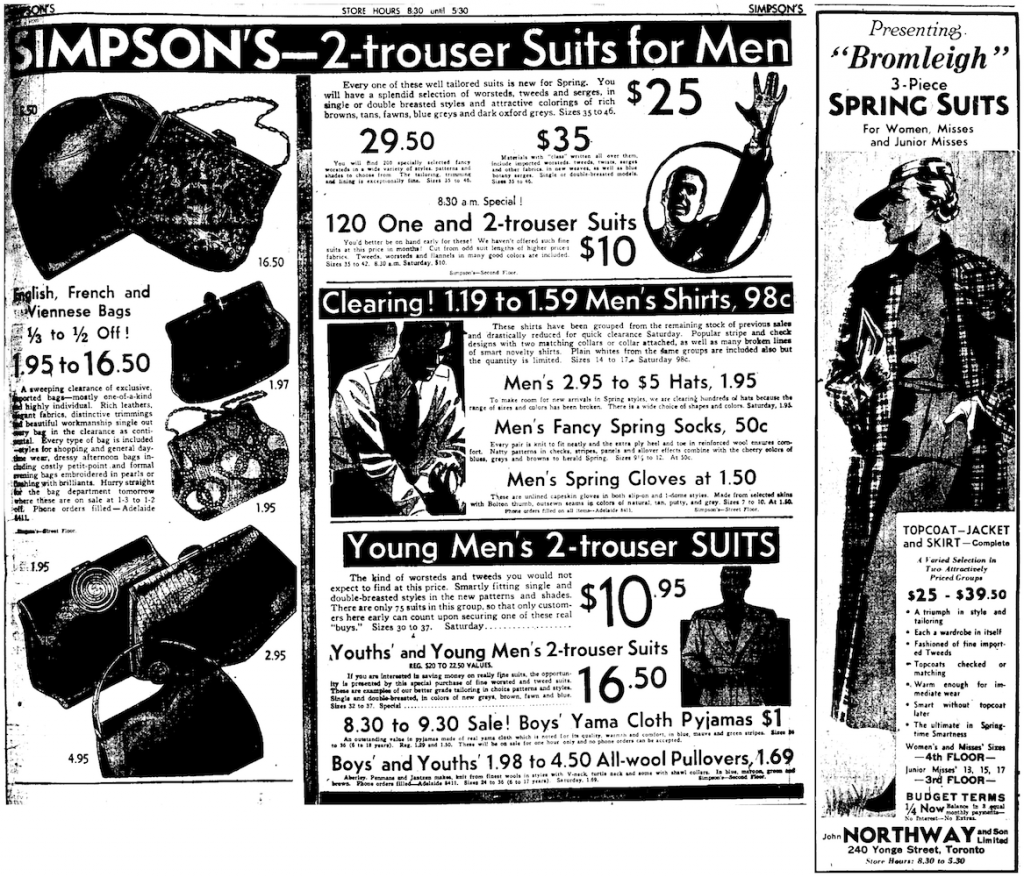 At Eaton’s, pigskin suitcases was also sold for $25. 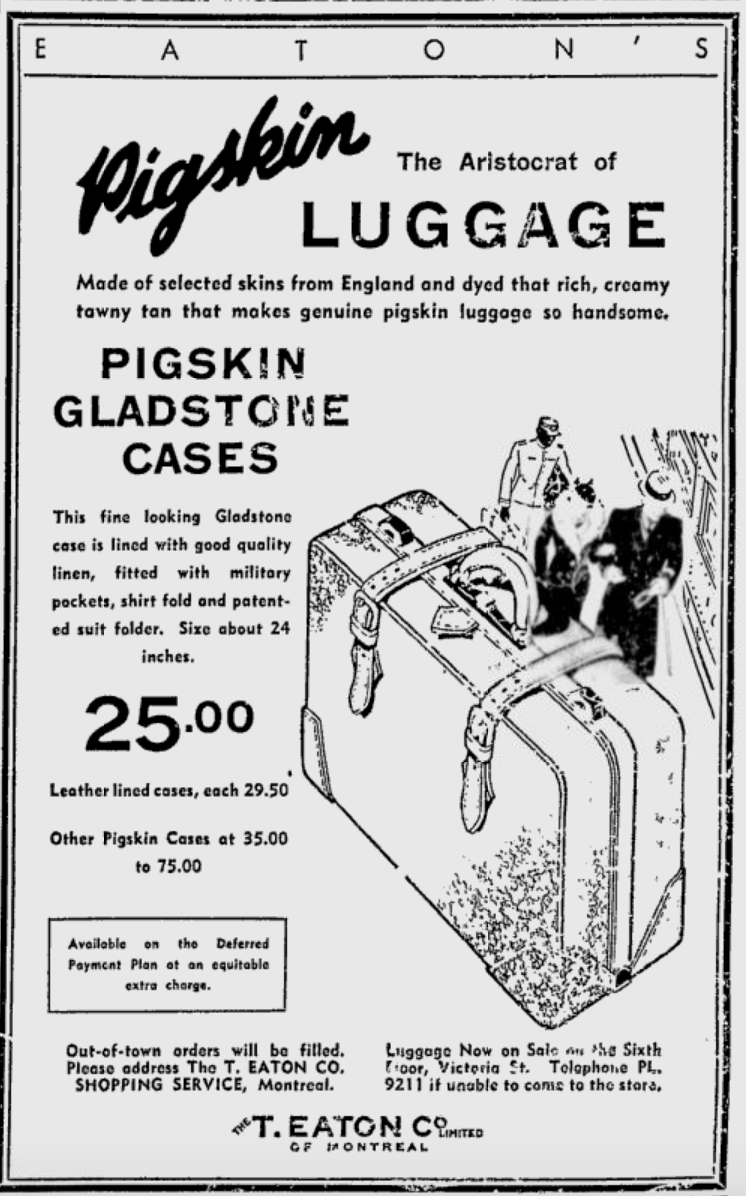 Of course, the purchasing power has evolved significantly since 1935. By 1955, $25 was enough to buy a suit jacket or a portable radio.

The Globe and Mail/Toronto Public Library

By 1975, you could get an 8-track car stereo or an “isometric” facelifting headband from the now-defunct Simpson’s department store. 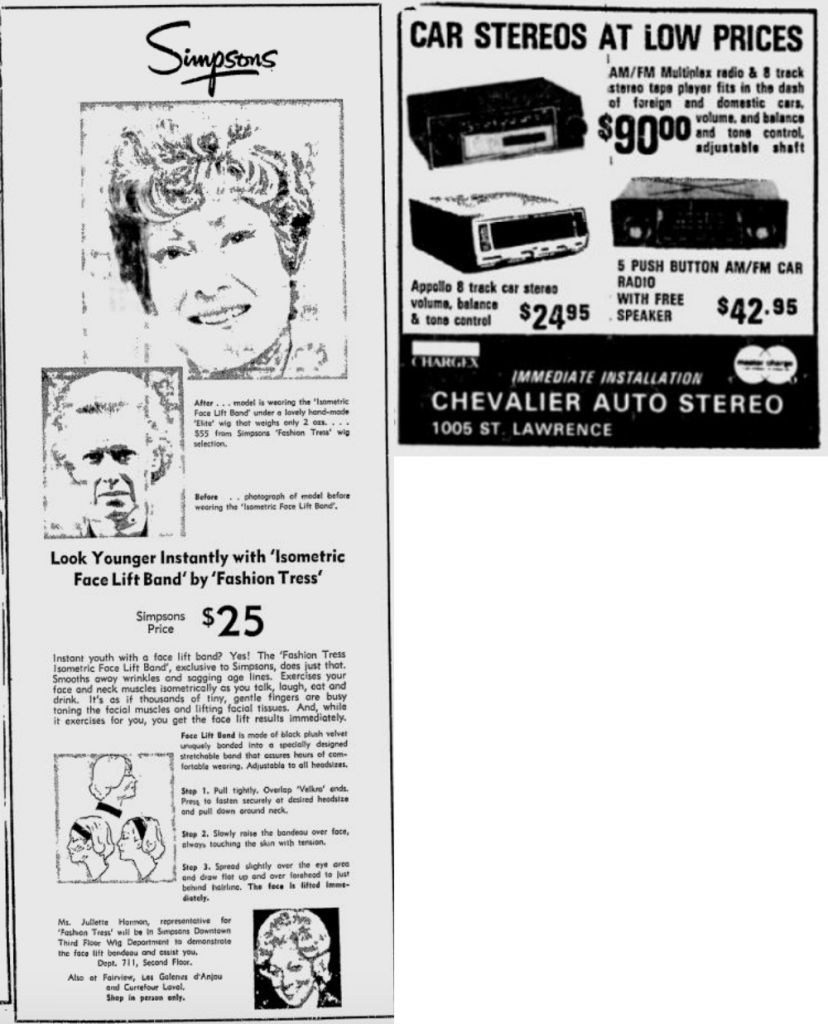 In 1995, $25 was more than enough to pay a monthly cell phone bill or a ski rental package. 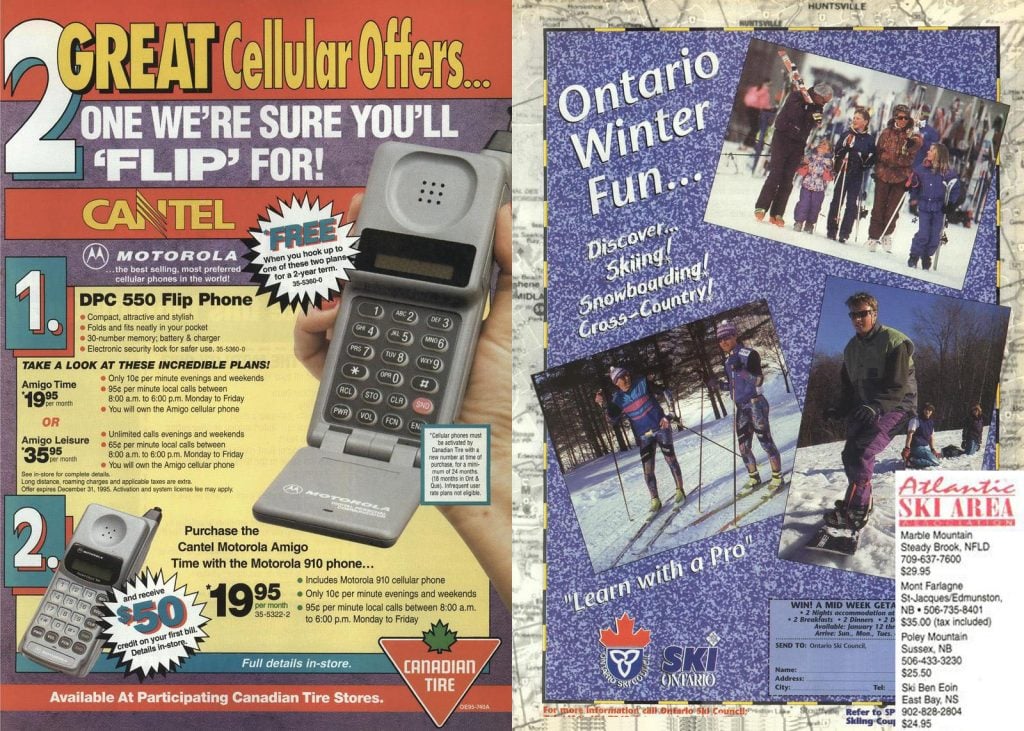 With that money today, you could buy two small pieces of striploin steak, or a subscription to Maclean’s.

You’ll still be able to take a $25 bill to a financial institution and redeem its face value. But if you’re holding on to one of these ultra-rare notes, you probably shouldn’t take it to a bank. Depending on the condition, they regularly fetch between $5,000 and $43,000 on eBay.

In film, 3 new Canadians challenge myths of what it means to be a refugee