Many areas of B.C. are being warned about the possibility of spring flooding, as temperatures rise and new data suggests the snowpack is well above normal.

According to the March 1 survey released by the B.C. River Forecast Centre, which measures snow basins across the province, B.C. is sitting at 119 per cent of normal — a significant increase from the Feb. 1 reading of 108 per cent.

“In places like the Okanagan, we’re seeing more snow now than we had at the peak of the snow accumulation season last year,” said Dave Campbell, the head of the B.C. River Forecast Centre.

“That’s when we start to be a little bit more worried about what that might mean for flood risk.”

He said the biggest areas of concern currently are in the southern Interior — the Similkameen snowpack is at 144 per cent of normal, while the Okanagan is sitting at 141 per cent.

The Kootenay region is also considered high at roughly 120 per cent.

The Kamloops area and northern B.C. are closer to normal with readings ranging from 75 to 111 per cent.

Rain is the ‘wild card’

Campbell said increased precipitation in February contributed to the province having more snow now than it did ahead of record floods last year. 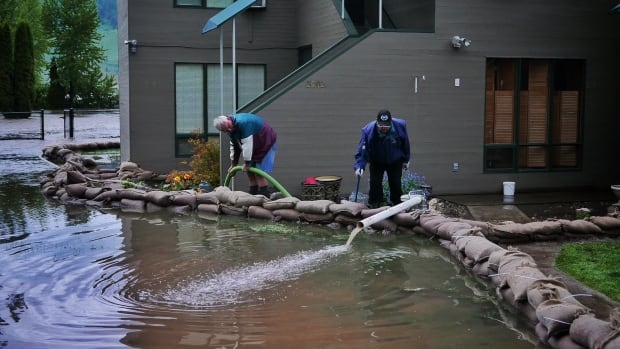 Residents of Holiday Park Resort pump water out from behind a sandbag wall. (Christer Waara/CBC)

“Wet weather last year really drove a lot of the flooding and that’s the big wild card. We really don’t know how much rain we’re going to get,” said Campbell.

“Certainly a scenario like that this year would be a concern.”

Temperatures of up to 16 C are forecast for parts of the B.C. Interior this week, but Campbell said he is not concerned about the immediate effect on high elevation snow melt — he anticipates it will create more issues within municipalities.

The City of Prince George is already warning residents about “rapid melting of snow.”

A crew of roughly 40 people will be working this week to ensure that 5,500 storm drains remain unclogged and that traffic will not be affected by localized flooding. 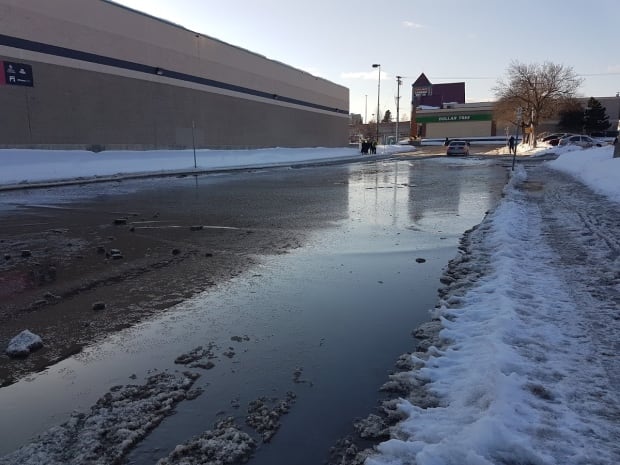 City officials in Prince George are warning residents to be on alert for localized flooding as temperatures rise. (Andrew Kurjata/ CBC)

“We have a bit of concern that the temperatures are rising in the next couple of weeks,” said Stephen Dery, the Canada Research Chair in Northern Hydrometeorology in Prince George.

Though the city is currently below its average snowfall amount for a given year, Dery said there have been no major “thaw events” so far.

Campbell agrees the best case scenario for high elevation snow and for cities is a slow and steady melt.

“It’s really the weather conditions that push us one way or another in terms of flooding,” said Campbell. 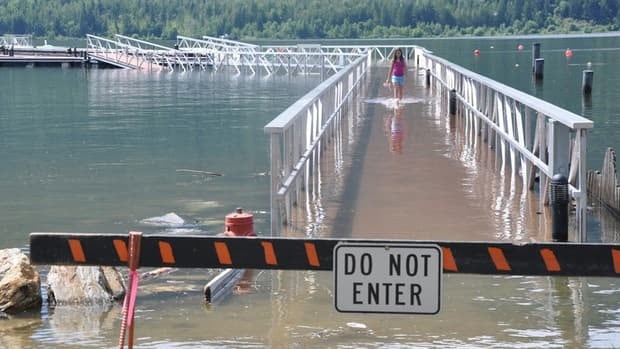