Becca Schofield’s life and memory a lasting ‘legacy’ of kindness

Becca Schofield’s life and memory a lasting ‘legacy’ of kindness

Some say her message changed the world.

It was one that inspired hope, kindness, and sincerity and all started with a simple ask: for people on social media to do something kind for someone else.

Becca Schofield started the campaign, titled #BeccaToldMeTo, after she found out her brain cancer was terminal in December 2016.

Her movement was about spreading kindness locally but it quickly grew into a global movement.

Schofield died on Saturday at the age of 18. The date of her death — Feb. 17 — is observed by many as Random Acts of Kindness Day.

News of the Riverview, N.B., teen’s passing inspired an outpouring on social media.

Tammy Rampersaud, a councillor from Riverview, N.B. said she first met the family “under terrible circumstances,” but at the same time “under the most amazing circumstances too.”

“Becca’s ask alone, and what has been created from that, has not only touched us all, it’s brought us all together and made us better people,” she said.

“It’s changed my life so much,” she said. “She’s imprinted on me now and there honestly hasn’t been another human that’s affected my thought process more.”

‘I’m going to hold myself accountable to that forever’

Jason Tremere, a writer from Moncton, N.B., authored the book #BeccaToldMeTo: Spreading kindness, one hashtag at a time.

It’s a collection of more than 1,000 social media posts from people who shared their good deeds to help the teen reach her bucket list goal of creating a mass act of kindness.

He said before he met Schofield, he began blogging about her story and soon found himself welcomed into her family’s living room. 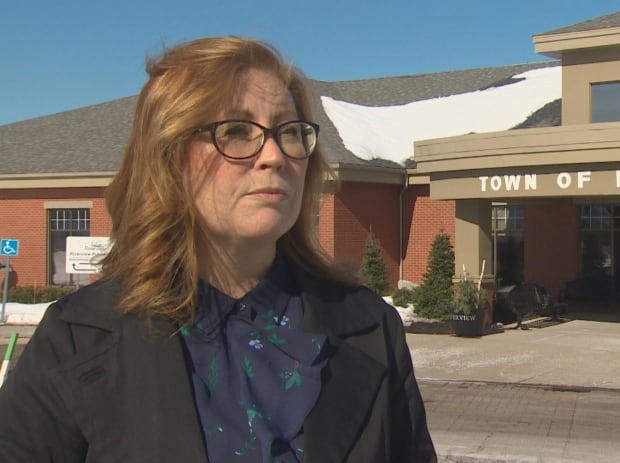 ‘I’d really would like to ask everyone to hold themselves to that standard,’ said Tammy Rampersaud, a town councillor from Riverview, N.B. (CBC)

“We had lots of laughs,” he recalls of the night he met the family, exactly one year ago.

“That was my fondest [memory] of Rebecca … it’s hitting home now with her passing just days ago; we were strangers one year ago and now I’m lifelong friends with her parents.”

‘I’d really would like to ask everyone to hold themselves to that standard. Becca told me to.’ —Riverview, N.B. councillor Tammy Rampersaud

He said the book captures Schofield’s “legacy” and that her request for kindness will endure.

“It’s almost like people just needed an excuse to be friendly, it’s almost like we forgot the golden rule, [the campaign] has really taken hold,” he said. “The ripple effects are really incredible.”

Rampersaud said she feels Schofield’s legacy is that people are now “proud to be kind.”

“I’m going to hold myself accountable to that forever … and I’d really would like to ask everyone to hold themselves to that standard,” she said with a smile.