NATO’s chief military policy adviser is sounding out Canada on the kind of commitment the country will make to the alliance’s expanded training mission in Iraq.

Gen. Petr Pavel held meetings on Friday in Ottawa with senior officials, including the chief of the defence staff.

The Canadian military has a handful of combat engineers in the war-ravaged country under the NATO banner, training Iraqi soldiers in the finer points of bomb disposal. Separately, it has a larger contingent — including special forces troops, helicopters, intelligence officers and a combat hospital — contributing to the U.S.-led coalition.

“There is a scope for doing more in Iraq and training Iraqi forces,” Pavel told CBC News, “and as I discussed with General Vance, Canada is ready to take a greater role in that area.”

The decision to proceed with the expanded training mission was given the green light by NATO defence ministers in Brussels last month.

Pavel said the alliance’s top military commander, U.S. Gen. Curtis Scaparrotti, is deep into the planning phase now. Canada, he said, is on Gen. Scaparrotti’s radar  because of the special attributes it could bring to the campaign to defeat Islamic State extremists. 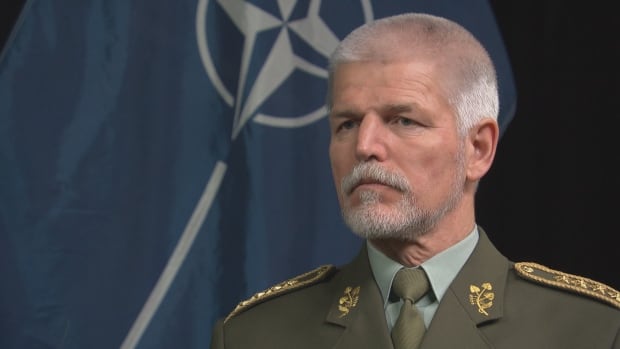 Czech Gen. Petr Pavel, in an interview on March 9, 2018, says Canada can contribute more to the training of Iraqi forces. He was in Ottawa to brief Canadian officials about the new training mission in the war-torn country.

“Canada, being in Iraq for some time, having significant experience, but also capabilities, will play an important role in this construct,” said Pavel, who has served chief of the General Staff of Armed Forces of the Czech Republic.

After the meeting with his counterparts, Defence Minister Harjit Sajjan said Canada is interested in contributing, but will wait to learn more after the alliance figures out what sort of troops and equipment it needs.

The Liberal government is still months away from making a decision on the mission.

The expanded NATO mission will be headquartered in Baghdad, but some elements are expected to operate in Erbil, the capital of the semi-autonomous Kurdish region in northern Iraq.

Initial estimates say the overall deployment could involve up to 200 troops.

Much of the training of Iraqi and Kurdish forces, to this point, has involved conventional fighting skills and tactics.

The training has been carried out under the auspices of the U.S-led coalition.

Tension with the Kurds

Tension between the central government in Baghdad and separatist-minded Kurds has led to a suspension of some of that assistance.

The U.S. is keen to stabilize Iraq after almost four years of intense fighting to eject Islamic State extremists, who conquered vast swaths of territory in the north and west of the country.

Iraqi forces, which Washington spent billions training and equipping after the 2003 invasion, melted away in the face of the ISIS onslaught.

NATO is eager to repeat the success of its training mission in Afghanistan. There, it helped the Americans raise a 354,000-strong army and police force, which has — despite horrendous casualties — withstood brutal Taliban assaults.

Pavel said Friday that the door is open to mission participation by partners outside of NATO, similar to the experience in Afghanistan, where the Australians joined alliance troops.

“The idea is to turn the current training activity into a proper mission,” said Pavel, who was decorated for heroism in Bosnia after leading the rescue of 55 French soldiers being held by Serbian forces.