Some of the most critically ill children in the Ottawa area have been transferred to hospitals in other cities due to severe overcrowding at the Children’s Hospital of Eastern Ontario.

CHEO has had to send away a dozen children so far in 2018, including four babies. CHEO officials tell CBC it’s rare for the hospital to have to send sick children elsewhere due to overcrowding.

Dr. Lindy Samson, chief of staff and chief medical officer at CHEO, said the hospital is at capacity.

Senators sloppy on special teams as Zibanejad dominates in Ottawa

“When that happens it means we need to send children far away from home for care, to Montreal, to Toronto, to Kingston.”

That’s what happened to 18-month-old Nathan Lam after he was admitted for a fever about a month ago. Initially, his parents thought the toddler was just teething, but soon he stopped moving and they grew concerned.

They took him to CHEO, where doctors discovered a mass on his spinal cord that caused him to lose control of his legs.

Nathan was admitted to the hospital to await surgery, but a week later his parents were told there weren’t enough intensive care beds there for him. Cau Lam, Nathan’s father, said he was overwhelmed to learn his son would have to be moved to Toronto to have the mass removed from his spine.

Samson said it’s typically children with the most serious health issues who need to be moved.

Being in another city has been difficult for Nathan’s family, especially when tests revealed that the 18-month-old has a rare form of cancer.

The silver lining is that Nathan’s cancer can only be treated in Toronto, so they ended up in the right place.

The boy’s parents have moved his siblings, eight-month-old Jacob and Chloe, 3, to Toronto so the whole family can be together while Nathan is in the hospital.

Lam took leave from his job as a chef in Ottawa and is receiving employment insurance to be able to stay with this son.

Though it’s been challenging, he said the family has received lots of support from  Toronto’s Hospital for Sick Children. The family has been put up at the Ronald McDonald House near the hospital, and all their needs are being met until they can return home.

They expect to be there for six to eight months.

As for other children who have been relocated, Samson said CHEO tries to ensure young patients are able to return home as quickly as possible when a bed becomes available, but it can be difficult to transport critically ill children.

“We want them to be as stable as possible,” she said. 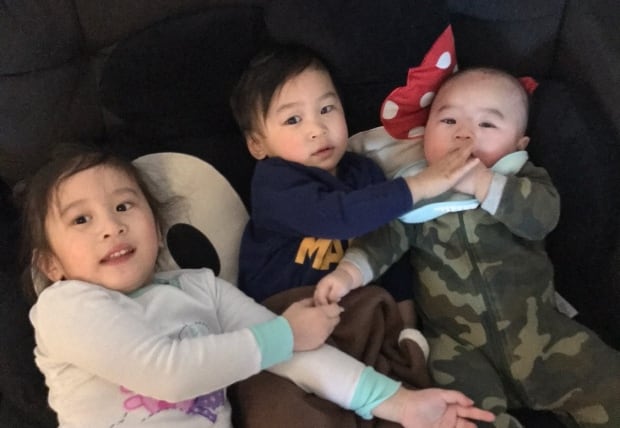