Canadian Nuclear Laboratories (CNL), Canada’s premier nuclear science and technology organization, announced today that it has released a summary report to its Request for Expressions of Interest (RFEOI) on small modular reactors. This initiative yielded responses from 80 organizations around the world, including 19 expressions of interest in siting a prototype or demonstration reactor at a CNL campus. CNL launched the RFEOI this summer to gather feedback and initiate a conversation on the potential for an SMR industry in Canada, and the role CNL can play in bringing SMR technology to market. 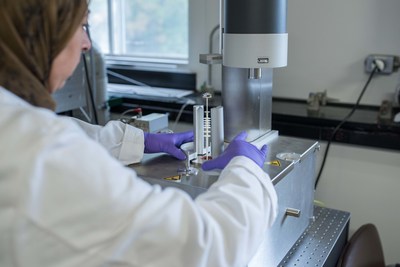 Entitled Perspectives on Canada’s SMR Opportunity, the report summarizes responses from a broad range of stakeholders, including SMR technology developers, potential end users, host communities, supply chain companies and academic institutions. While submissions came from a variety of organizations representing the feedback of a diverse group of interested parties, there were areas of general agreement, including the positive economic benefits to Canada, alignment with Canada’scommitment to fight climate change, important applications for remote communities, and the potential to enhance nuclear safety through next-generation nuclear technology.

“Based on the volume and quality of responses CNL received to this RFEOI, it is clear there is enormous interest in establishing an SMR industry in Canada, and in testing the technology through a prototype reactor at a CNL site,” commented Corey McDaniel, Vice-President of Business Development and Commercial Ventures at CNL. “The information we’ve received through this exercise has been invaluable, giving us better visibility on the requirements for SMRs to be successful in Canada, and will help shape our program in the years ahead.”

With respondents from across the globe, the breadth of technologies proposed reinforces the need for ongoing research. The designs featured enhanced safety systems and greater levels of efficiency, many also propose novel fuel types and engineered systems; these aspects will require intensive study and investigation prior to licencing and ultimately deployment. Responses to the report also explored the possibilities of SMR technology beyond the generation of electricity.   A number of responses indicated interest in integrating SMRs as part of a more diverse energy strategy, with applications as varied as district heating, co-generation, energy storage, desalination, or hydrogen production.

CNL issued the report during an industry-focused vendor roundtable discussing SMR deployment on the margins of Natural Resources Canada’s Generation Energy Symposium in Winnipeg. Hosted by CNL and featuring Kim Rudd, Parliamentary Secretary to the Minister of Natural Resources, the event welcomed key government and industry officials to a global discussion on the obstacles and opportunities in deploying SMR technology in Canada.

“The Government of Canada recognizes the potential of SMRs to help us deliver on a number of priorities, including innovation and climate change,” said Parliamentary Secretary Rudd.

CNL has identified SMRs as one of seven strategic initiatives the company intends to pursue as part of its Long-Term Strategy, with the goal of siting an SMR on its Chalk River site by 2026. The company is working to demonstrate the commercial viability of SMRs and hopes to position itself as a global leader in SMR prototype testing and technology development support. The industry roundtable provided CNL with the opportunity to discuss SMR development in greater detail with a variety of stakeholders representing key areas of a potential SMR industry in Canada.

“Canada is an ideal country in which to establish the global SMR industry, with a domestic need for the technology, a mature and robust regulatory environment, and most importantly, with the facilities and expertise that CNL can offer potential vendors,” commented Kathy McCarthy, Vice-President of Research and Development at CNL. “However, it is critical that we fully understand the challenges in SMR deployment, and that’s why this RFEOI and roundtable are so important. I’m pleased to say that the event was a resounding success, and builds on the information we gathered through our RFEOI.”

CNL’s summary report, which discusses the results of its RFEOI, is now available to the public on its website at www.cnl.ca.

CNL has partnered with Nuclear Energy Insider’s “International SMR and Advanced Reactor Summit 2018” in to be held March 27-28 to continue the discussion with an International Vendor Roundtable and dedicated Canada SMR Track.

Canadian Nuclear Laboratories is a world leader in nuclear science and technology offering unique capabilities and solutions across a wide range of industries. Actively involved with industry-driven research and development in nuclear, transportation, clean technology, energy, defence, security and life sciences, we provide solutions to keep these sectors competitive internationally.

With ongoing investments in new facilities and a focused mandate, Canadian Nuclear Laboratories is well positioned for the future. A new performance standard reinforced with a strong safety culture underscores every activity.