An Edmonton couple who had their foster home shut down because they refused to tell their children the Easter Bunny was real now hope a legal victory in Ontario will help them adopt.

Derek Baars and his wife, Frances, who used to live in Hamilton, took the Children’s Aid Society (CAS) in that city to court in April 2017, about a year after the two girls in their care were taken away.

This week, the court determined the couple’s charter rights were violated, based on their religious beliefs as members of the Reformed Presbyterian Church.

The legal dispute has stalled their dream of becoming adoptive parents, Baars said, and requests to children’s aid for paperwork necessary for an application were repeatedly denied.

“We’re hoping for good things,” Baars said in an interview Thursday with CBC Edmonton’s Radio Active. “We hope that now this information about how we’ve been vindicated, and how our rights have been violated and that we were in the right, will be passed on and things will go smoothly.” 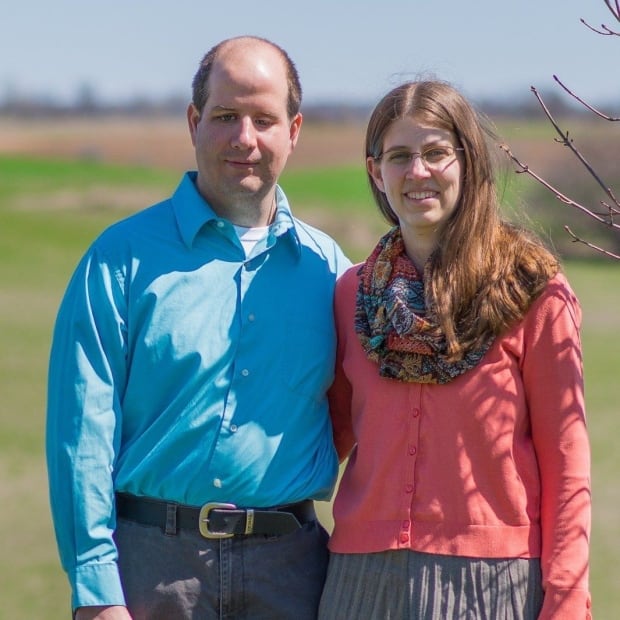 Frances and Derek Baars describe themselves as a Christian couple with “strong religious faith.” (Baars family)

The Easter Bunny was central in the dispute with children aid workers.

The Baars refused to tell the children the fictitious character was real or suggest that the magical rabbit would deliver chocolate to their house.

Court heard that CAS support worker Tracey Lindsay had visited the Baars and acknowledged that the girls looked well cared for in all respects.

However, the Baars argued that Lindsay told them it was part of their duty as foster parents to teach the girls about the Easter Bunny, court documents show.

‘The girls were in the room so we were using code talk for these two mythical creatures.’ – Derek Baars

“We met our caseworker for the first time and in that conversation the existence of the Easter Bunny and Santa Claus was raised,” Baars recalled.

“And these were two issues that we were told that needed to be figured out in a way that would support the wishes of the [biological] parents.

“The girls were in the room so we were using code talk for these two mythical creatures, and already, at that point, pressure was put on us.”

The Baars told the agency they would do their best to preserve the girls’ holiday traditions, but had no plans to speak to them directly about the Easter Bunny, unless they specifically asked.

Four months after the girls — aged three and five — were placed in the Baars home, they were removed.

“Their file reflects that reality, that was the only issue they had with us,” Baars said.

In court, the couple argued that telling lies about the Easter Bunny would have been a betrayal of their faith. Superior Court Judge Andrew Goodman agreed.

In his 62-page judgment, Goodman said the CAS’s actions were “capricious” and “not in the children’s best interests,” and potentially reveal an “underlying animus” by the society and its workers.

The agency’s decision to remove the children prevented the couple from fostering other children and likely interfered with their plans to adopt, Goodman ruled.

“There is ample evidence to support the fact that the children were removed because the Baars refused to either tell or imply that the Easter Bunny was delivering chocolate to the Baars’ home,” Goodman wrote in a decision released Tuesday.

“I am more than satisfied that the society actions interfered substantially with the Baars’ religious beliefs.”

Baars, who is training to become a pastor, has no regrets about the parenting decisions with his former foster daughters.

He said their brief relationship with the girls was built on trust.

“We didn’t lie about anything and they trusted us.