Imagine clearing Canadian customs in Florida, Arizona, or Chicago, or having a U.S. customs facility attached to a car plant in Ontario, with the goal of helping people and cargo travel faster between the countries.

The Canadian and American governments are discussing it.

They have begun talking about expanding pre-clearance — with plans to discuss potential sites for the first-ever Canadian customs facilities inside the U.S., and the longer-term goal of applying it to commercial goods.

“You’ve got an administration on the American side and certainly on our side, that really want to move these files,” Public Safety Minister Ralph Goodale said Monday, after his first face-to-face meeting with his new U.S. counterpart — Homeland Security Secretary Kirstjen Nielsen.

Preclearance has a long history.

It began decades ago with U.S. border facilities in major Canadian airports — allowing people to clear customs at home, avoid logjams in U.S. hubs and fly directly into U.S. airports that don’t have customs facilities. 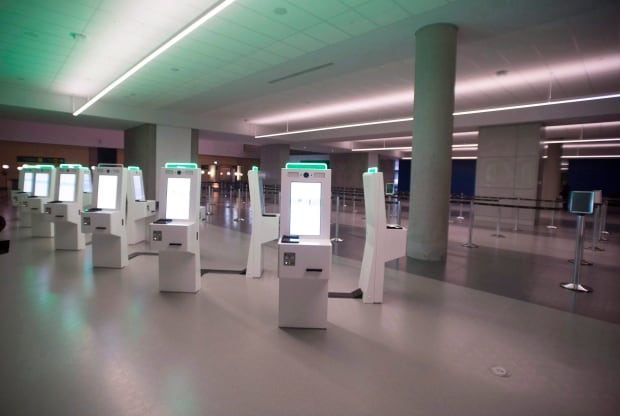 A few years ago the Harper and Obama governments agreed to new rules allowing the practice in every mode of transport — rail, cars, buses and ships. The Trudeau Liberals approved pilot projects at rail stations in Montreal and B.C.

Now, with the Trump administration, the countries are working on two future phases. Goodale said he already began discussing a first phase with Nielsen’s predecessor, installing Canadian facilities inside the U.S.

“John Kelly and I had a conversation about, ‘Where would we start?’ He thought Boston, his hometown. Some Canadians suggested either Fort Lauderdale, (Fla.), or Scottsdale (Ariz.), the (places with) snowbird traffic in the winter,” Goodale said in an interview.

“Midwesterners would say Chicago. … Or somewhere in the American northeast,” he said noting that Canadian ski resorts would appreciate quicker access for American travellers. “There are lots of ideas.”

The countries have agreed to meet this spring to develop a plan on what regulatory changes might be required to introduce pre-clearance for cargo beyond a pair of previous pilot projects. 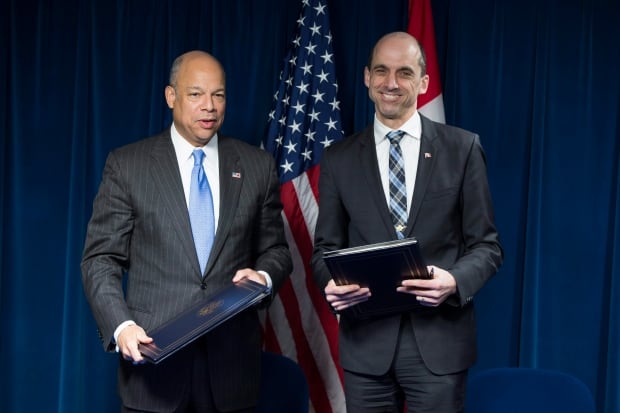 Then-Homeland Security Secretary Jeh Johnson, left, and Canadian Minister of Public Safety and Emergency Preparedness Steven Blaney smile during a ceremony in Washington, Monday, March 16, 2015, to sign a pre-clearance agreement as part of the Beyond the Border Initiative. (Evan Vucci/The Associated Press)

Goodale said he envisions a future where cars can have their components screened and sealed for shipment right inside the plant. Given that a car under construction might cross the border a half-dozen times, he said that would avoid snags and boost productivity.

“The real prize of pre-clearance is when we could expand it from passenger to cargo,” Goodale said.

He said he left the first meeting with Nielsen feeling positive.

“Really good meeting,” he said. “You wonder in the first encounter: Will there be a list of complaints or grievances? No. There’s a list of important issues we’re working on together… It’s a really good, constructive, international to-do agenda.”