There were hours of discussion at Windsor city hall last night about potential licensing for rental homes.

About 20 delegates shared their views, including tenants, landlords, property managers and the family of Andrew Kraayenbrink.

He was a university student who died in a fire on Rankin Avenue two years ago.

Kaitlyn Kraayenbrink, Andrew’s sister, gave an emotional statement to council saying that the rental her brother lived in was not safe.

“You city’s lack of safety killed my brother and killed me,” she said. “A misplaced smoke alarm that could have been prevented by having an inspection has now resulted in me taking the hardest journey I will ever have to walk.” 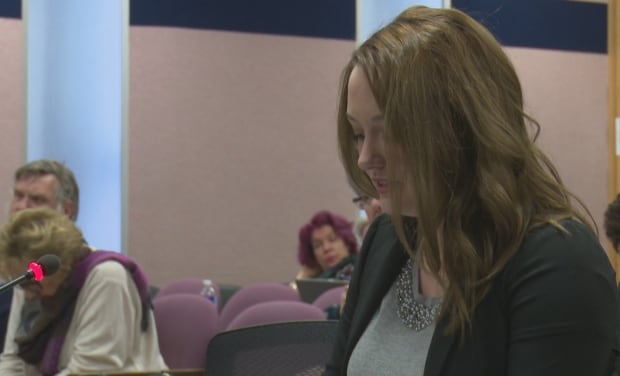 Other delegates at the meeting were concerned with the cost of a licensing program.

Third-year University of Windsor student Vanessa Pummer shares a rental with five other students. She said that renters will absorb the costs of licensing.

“It’s very difficult to pay my own rent on top of groceries and tuition,” said Plummer. “Also, from my experience, I have never felt unsafe in my home.”

Council voted against setting up a system for licensing modelled after one in the Waterloo region. That city has adopted a ‘full cost recovery model’ costing landlords $460 to $600 for the initial license fee.

According to the City of Waterloo website, landlords must apply for a licence and renew it annually by April 1. The program helps ensure the units are “safe, adequate and properly maintained” according to the website.

Instead, Mayor Drew Dilkens said council is opting to step up education and enforcement of current bylaws.

Dilkens said tenants will be able to call 311 if they feel their rental unit is unsafe.

“We will actually have dedicated resources that will be able to respond to those particular complaints,” he said.

Landlords will be fined if orders are issued, and that will help cover the cost of the program, explained Dilkens.

Still, taxpayers will foot the $160,000 bill during the two-year project.